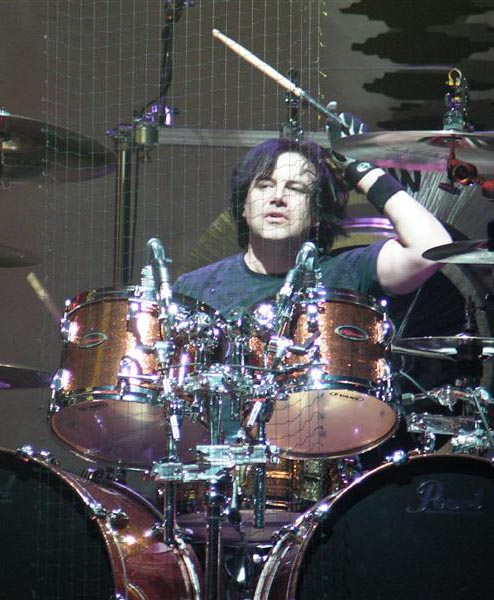 Jimmy Degrasso joined towards the end of the 'Hey Stoopid' tour in time to appear in the 'Wayne's World' film. He played on the South America '95, Summer '96 and '97 tours. He used to play with Talas (before they recorded) and Suicidal Tendencies. He also played on the MD-45 album put together by Dave Mustaine of Megadeth.

After playing the European dates on the 1998 'Rock And Roll Carnival' tour, Jimmy left the band to join Megadeth for six years. He has guested with Alice a couple of times, standing in for Eric Singer when he is unavailable on the 2008 tour, and returned to the band full time for the 2009-2010 'Theatre Of Death' Tour. He also appears on two tracks on the 'Welcome 2 My Nightmare' album.

Away from Alice Cooper and Megadeth DeGrasso has worked with 'Suicidal Tendencies', 'David Lee Roth', Ministry, Dokken, and Ratt. In 2012 he joined 'Black Star Riders', the band that formed out of 'Thin Lizzy' and featuring Damon Johnson. With them he recorded three albums before leaving in 2017.