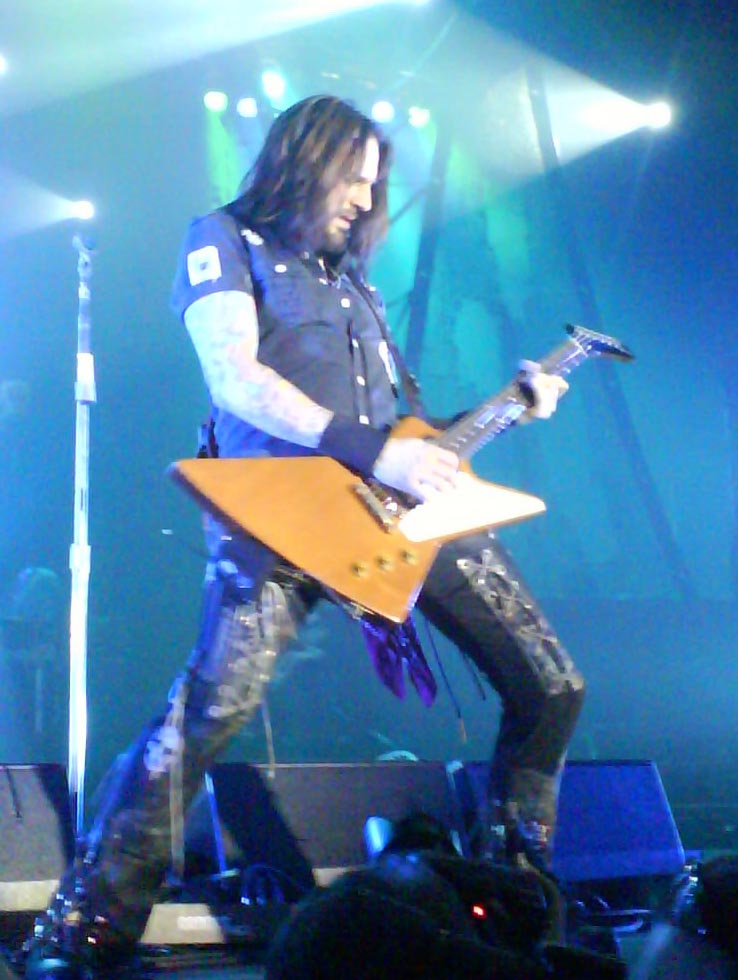 Jason Hook joined Alice at the beginning of 2007 replacing Damon Johnson. A Canadian, he had previously worked with Lee Aaron, Rhino Party, Bulletboys, Stephen Pearcy (Ratt), pop star Mandy Moore, and Vince Neil amongst others, and was a well known session msucian on the LA scene. He also has a solo album called 'Safety Dunce' which won an L.A. Music Award for "Best Independent Instrumental Album'. A second solo album called "American Justice" was recorded in 2007 and features Alice Cooper but has yet to be released.

Jason left the band in February 2009 after the NAMM show to join 'Five Finger Death Punch' who went on to huge worldwide success.

In 2016 Jason was a producer on the film 'Hired Guns', an excellent documentary about session musicians whihc included interviews with Alice Cooper and other Cooper msuicians including Nita Strauss. The film is highly recommened unless you're a fan of Billy Joel, who doesn't come out of the film very well.