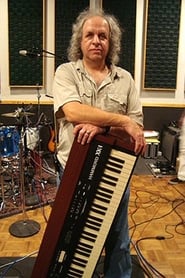 Mandel played Keyboards and occasionally guitar with Alice from 'Lace And Whiskey' album to the 'Flush The Fashion' album, on which he co-wrote much of the material, and 1980 tour.

After leaving Alice, Mandel played the keyboards on the Bob Ezrin produced masterpiece 'The Wall' by Pink Floyd. HE also worked with Cheap Trick before becoming Queen's live keyboard player in 1982. He worked on Queen's 1984 album 'The Works' including playing the solo on 'I Want To Break Free' which is often mistaken for being Brian May on guitar. HE also played on Brian May solo project 'Starfleet' (with Eddie Van Halen), and Freddie Mercury's solo 1985 album 'Mr Bad Guy'.

From Queen he worked with 'Supertramp' before joining Elton John's band.