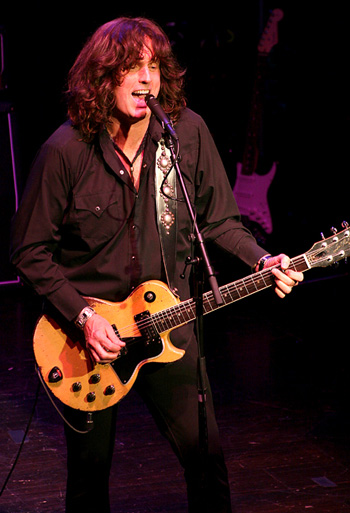 Danny played on the 'Special Forces' album. He is currently playing with Steppenwolf.

Born in Louisiana Danny was discovered by Rick Derringer at the age of 18. He played guitar, wrote and sang on four Derringer records for CBS. He then formed his own trio Axis and landed a contract with RCA. Rod Stewart heard Danny and made him and offer to write, record and tour with him. Johnson accepted and wrote, played, toured on the 'Tonight I'm Yours' record and tour which spawned the hit, “Young Turks”.

After working with Alice Johnson joined ex-rainbow singer Graham Bonnet's Alcatrazz, following in the footsteps of Yngwie Malmsteen and Steve Vai. After tha band split he continued working with Bonnet on his solo album 'Under Ground'. In 1996 he joined 'Steppenwolf' and has played whith them on and off ever since, as well as recording his own solo material.