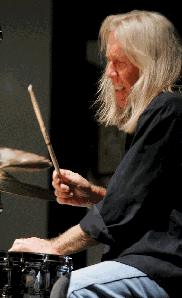 Craig Kampf was the drummer on 'Special Forces' and also co-wrote 'You Want It. You Got it'. He also provided Percussion on 'Zipper Catches Skin'.

"We needed a drummer for the 'Special Forces' Sessions, as the 'Flush The Fashion' tour drummer from the year before Ross Salomone, was gone, and I recommended Craig [Who Erik had worked with in Flo And Eddies band], and he came in, played the drums on the album... great friend... later did the drums on 'Betty Davis Eyes', the Motels records with Martha Davis, and the #1 pop single from Nick Gilder 'Hot Child in the City'"
(Erik Scott, July 2005)