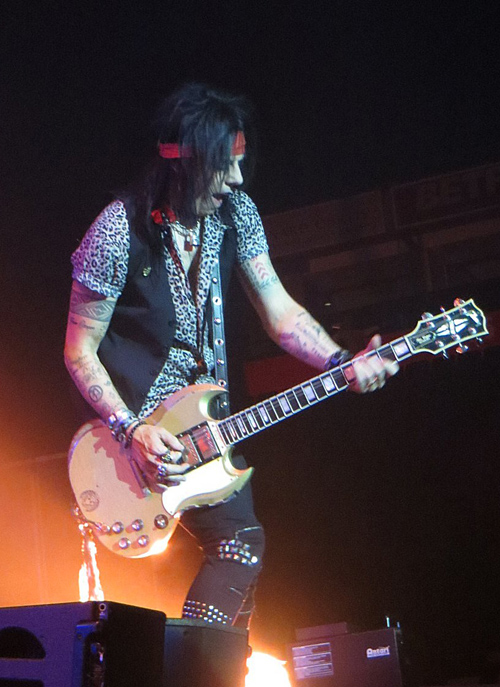 Henriksen first moved to Los Angeles to start his music career in 1991 and by the mid 90s he had formed punk band 'Parade Of Losers' (also known as 'P.O.L.'). The band released two albums – one self-titled and a follow up in 1996, 'Sprockett'. It was during this time that Henriksen met drummer Glen Sobel and the pair went on to work together in a relatively short-lived pop/rock band called 'Boink!'.

Henriksen did tech work for Alice Cooper before beginning work with Keith Forsey on a full-length album. Capitol Records released this record, a self-titled affair, in 1999; it spawned the hit single 'I See the Sun', which reached #34 on the Adult Top 40 that year. In 2000 Tommy Henriksen released the follow-up ('Selected Songs For A New Beginning') on his ZuZu Ltd Label.

Tommy's part in the Alice Cooper family is often very misunderstood with people often asking why he's even there when they already have two flashy lead players. The fact is what Tommy does on stage is the bedrock of the live sound. While often lower in the live mix he adds an extra dimension to the sound, playing the extra parts from the original studio recordings often left out in the past by necessity. In more recent years Tommy has been taking on more lead lines but his basic job remains the same, to fill out the sound and add an extra dimension rather like a keyboardist would do, allowing the main guitarists to do duel leads and harmonies without the sound dropping away.

Tommy has worked extensively on the Hollywood Vampires project/album and been a member of the band from the start. While maybe not as famous as his bandmates he's at the heart of everything they do, both on album and on stage, including co-writing the original material.