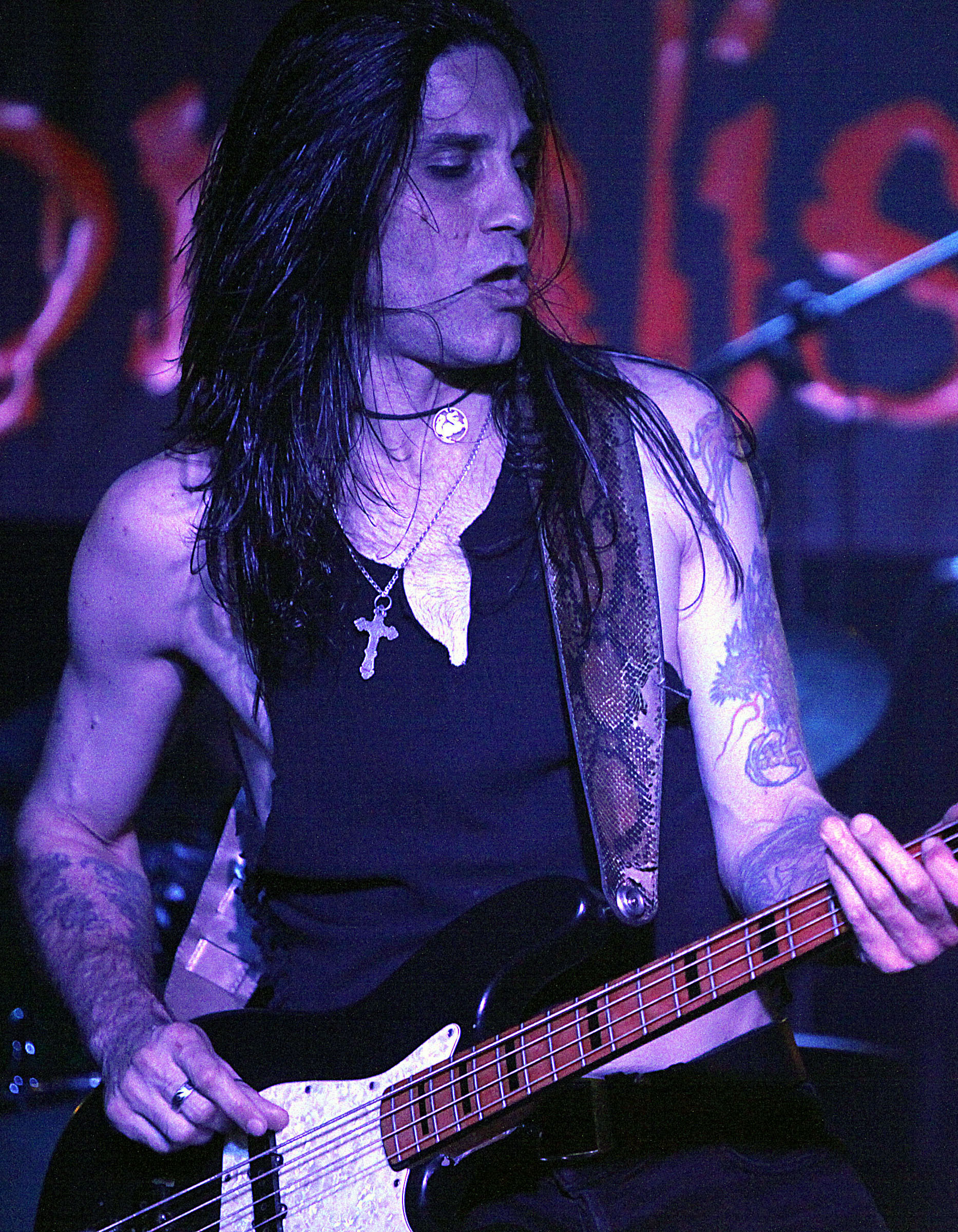 Tommy "T-Bone" Caradonna played bass on the 'Trash' tour in 1989/90, including appearing in the 'Trashes The World' concert film. He had previously been in Lita Fords' band, White Lion (with Jimmy DeGrasso) and 'Beat Angels'

In 2012 Tommy surfaced in a new band called 'Razorbliss' who released an album called 'American Gomorrah'. By 2018 it appears he's playing with covers band 'The Reaganomics' around the Ohio area.