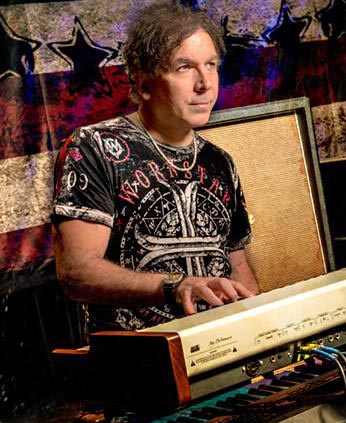 Paul Taylor was originally credit as 'Paul Horowitz' for the 'Nightmare Returns', and 'Raise Your Fist And Yell'. He remained in the Cooper band through the Summer 1996 tour and the 'School's Out For Summer '97 and '98 tours. While touring with Alice Winger and Taylor began writing material for what would be come 'Winger' who had considerable success in the late 80s and also included later Alice guitarist Reb Beach.

He left 'Winger' after their second album 'In The Heart Of The Young' but has continued to rejoin and leave the band ever since. He also worked with ex-Journey singer Steve Perry and Styx guitarist/singer Tommy Shaw on various projects. Paul is currently back with 'Winger'.