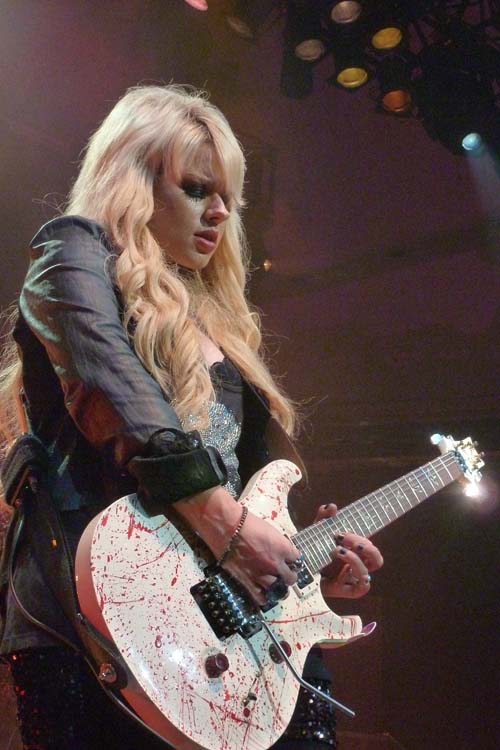 Australian born Orianthi joined the Alice Cooper touring band in September 2011, replacing the departing Damon Johnson (who moved on to 'Thin Lizzy' who became 'Black Star Riders') and remained until June 2014. She was the first female musician to ever play in Alice's band and at only 26 also one of the youngest.

Famous in her own right in the US for a hit single 'According To You' and work with Michael Jackson before he died, she first crossed Alice's path when she guested on 'School's Out' when Alice appeared on 'American Idol' in 2010.

While with Alice she continued her solo work releasing the excellent 'Heaven In This Hell'. One notable solo show occured at the 100 Club in London during 2013. At the show, played on the hottest day of the year in a tiny basement club and backed by her Cooper bandmates Chuck Garric and Glen Sobel, Alice himself made a guest appearance.

She left Alice to work with new boyfriend Richie Sambora (ex-Bon Jovi) on a new album project which was eventually released in 2018 as 'Radio Free Amrica' by R.S.O. and also featured a brief guest appearance by Alice. The couple split the following year.