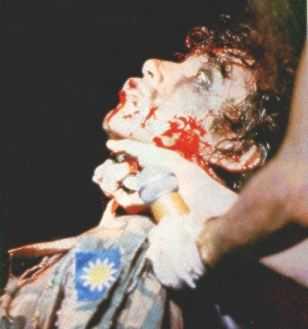 Pinera played on the 'Flush The Fashion' Tour and the 'Special Forces' album and tour. He was the guitarist with 'Iron Butterfly' during the latter part of their career. Also played with 'Blues Image'.

'Viscous Rumours' on 'Special Forces' was written by Mike Pinera who tried to sneak it into the show while he was doing his guitar solo during 'School's Out'.

Mike began his career with 'Blue's Image' who had a #4 hit in 1974 with 'Ride Captain Ride'. After the band broke up he joined 'Iron Buttefly' for their 'Metamporphosis' album. Next came 'Thee Image' whoch also featured Duane Hitchings.

As of October 1998 Mike was touring with a group called 'The Classic Rock All-Stars', which also included Albert Bouchard of 'Blue Oyster Cult' for a while.