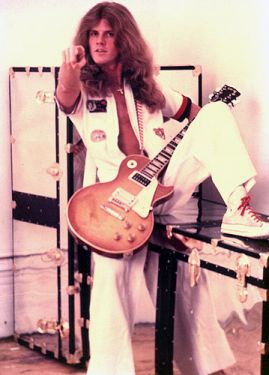 SickthingsUK interviewed Mick back in 2007 and you can red the interview here.

Mick joined the original Sickthings mailing list and here are a few of the things he`s had to say:

"Pre ACG I had my own bands in Phoenix. In high School, I gave Mike Bruce guitar lessons, and did a couple of Wildflowers sides with him. Later, when the ACG would return to Phoenix from Detroit they would hang with my band in our house in the desert. After working with them, Mike Bruce, Bob Dolin and I shared a house in Lake Tahoe and recorded Mike's 'In My Own Way'. Then Bob moved to Santa Barbara, Ca., where he is today. He is involved with the S.B. College Computer Science Dept. I don't think he plays anymore. I moved to L.A.. Bob and I toured with Flo & Eddie of Frank Zappa's Mothers in '79. Since then I have been on tour with the Turtles, produced a bunch of fruitless, demos for friends. I'm am currently in the process of finishing my own record."
(Mick Mashbir, November 1999)

"...I can say that I was never made to feel unwelcome. I knew all the guys from Phoenix days. When they would come back to Phoenix from Detroit or L.A. they would all come out to the ranch in the desert where I was living with my band, and we would jam and party. I had stayed with them in Connecticut before I was asked to work with them. I was on my way to London and stopped off to say "Hey". About a month after I left, they came to London to do the 'Schools Out' tour. I hung out with them then. About 3 months later I got a telegram saying "come back we need your help". It was Mike and Alice's idea to call me in. Neal and Dennis were resistant at first and GB didn't seem to care. It went on from there. You have to realize that I wasn't just a session musician. I was living with the band every day so I was really an un-official member."
(Mick Mashbir, June 98)

"I played guitar on every track on 'Billion Dollar Babies' except 'Generation Landslide' and 'Elected'. That's me on lead on 'No More Mister Nice Guy'.
I played on every track on 'Muscle Of Love'. Check out the solo's on 'Never Been Sold Before', 'Woman Machine', and the dueling guitars with Mike Bruce on 'Hard Hearted Alice', for some examples of my style.
I also played on Mike's 'In My Own Way'.
I am currently working on my own album. If you asked me to describe it, I would call it "New Classic Rock". It is a trio (with the exception of a guest apperance by Ian McLagan of the Small Faces on B3) with influences of The Who, Jimi Hendrix, Cream and Free."
(Mick Mashbir, May 1998)

"I wrote the verse for 'Never Been Sold Before' and the chorus of 'Hard Hearted Alice'. Of course I'm speaking of music only. Alice always wrote the lyrics."
(Mick Mashbir, June 1998)

Given that you were so involved in the last albums of the original group, was it not frustrating to not fully receive credit on the album liner notes for your work?
"At the time it was a little frustrating, but I had no control over it. On 'Billion Dollar Babies' I was first on the special thanks list and on 'Muscle Of Love' I did receive credit on the book cover insert.
What I didn't get was any press. I think that would have helped more. Hey, but I gotta say when you're living your Rock'n'Roll dream at 24 you don't have much to complain about!!"

"After 'In My Own Way', I worked with Flo & Eddie of Frank Zappa and Turtles fame. I met Flo & Eddie when they were the opening band on the 'Billion Dollar Babies' tour. I also toured with them as the Turtles. I had a few groups of my own. Played with Toni Childs and produced demos for a number of friends. All of that led me to today, working on my own project."
(Mick Mashbir, June 1998)

On the 'Billion Dollar Babies' tour I played :

"This H.O.B show was the first time I've seen Alice in 12 years! The show was hard fast and loud..except for 'Only Women Bleed'. They opened with a bit of 'Hello Hooray' (brought a little tear of nostalgia to my eye) followed by 'Billion Dollar Babies' and 'No More Mister Nice Guy'. Reb Beach nailed my parts and played them with enthusiasm, as did the rest of the band. Can't tell ya how it made me feel to hear fans cheering these songs 25 (gulp) years later. I have always liked 'Public Animal #9' and 'Cold Ethyl' and they rocked. 'Halo of Flies' was a real treat, complete with drum solo.. Eric Singer is a monster. The theatrics are still there and as fun as ever. I'll leave out the details cause I know some fans are still waiting for the show.. it will be worth the wait. I also enjoyed the new material that I've never heard.
I spoke to Alice after the show at the 'Meet and Greet'. To be honest... I can see how he is still able to rock after so many years (it's in his blood).. what impresses me is that he can cope with all the pushin' and shovin' and photo ops etc. and keep smiling. I felt like I was in the middle of a feeding frenzy. He's a Pro.. All and all a five star show.
(Mick Mashbir, August 1998) 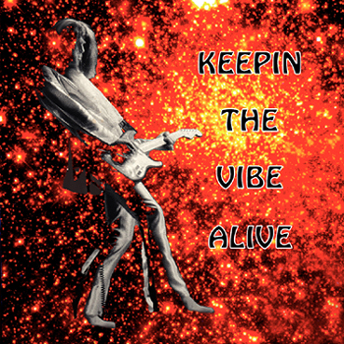 2007 saw Mick release his solo album as mentioned above. Entitled 'Keepin' The Vibe Alive' it's available at his website at www.mickmashbir.com. . The album features 10 new songs:

All songs are co-written by Mick and the album also features Donald Lindley on drums, John Ciambotti on bass, Ian McLagan on Hammond B3 Organ (on 'Workin' For My Wings' and 'Keepin' The Vibe Alive') and Bob Dolin guesting on Strings And Piano (on 'Hold On)