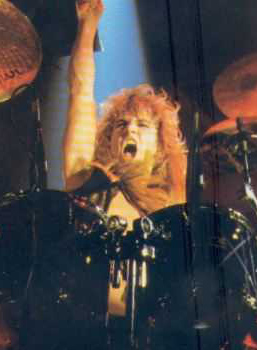 Ken played drums on the 'Nightmare Returns' tour and 'Raise Your Fist And Yell' album and tour. He has also played in 'Fifth Angel', 'House Of Lords', 'Impellitteri' and 'Chastain'. He formed 'Shock Rock Remedy' who released one album on Rev Records (which he owns) and continues to work in the music industry as a producer and performs with .

In 2018 Ken announced he had joined veteran thrash band 'Flotsam and Jetsam' having filled in with them the previous year.