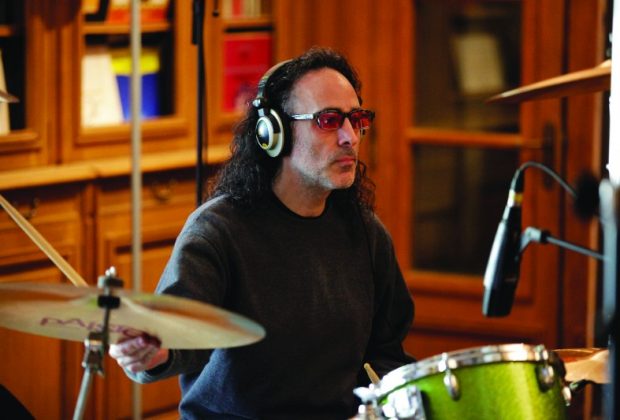 Jonathan Mover was the drummer on the 'Trash' European Tour. He appears on the 'Trashes The World' concert film. He was replaced by Eric Singer.

Mover attended 'Berklee College Of Music' before moving to London in 1983 where he briefly joined UK progressive rock band 'Marillion' for their classic 'Fugazi' album before moving on to work with ex-Genesis guitarist Steve Hackett and 'Yes' guitarist Steve Howe in their new group 'GTR'. The band only lasted for one album and tour.

After a one-off gig with Steve Vai and Joe Satriani mover was offered a permanent spot with the latter who he performed with on both albums and on stage for the next few years.

Mover is now primarily a session musician, recording commercials for 'Pizza Hut', 'Pepsi', 'Coke', 'Chevy', 'HBO' and many more. Recently he's also been touring with 'Saigon Kick' and stands in for Prairie Prince of 'The Tubes' when Prince has other engagements. He's also the owner and publisher of 'Drumhead' magazine and CEO of 'Swing House Studios' in Los Angeles (where the Hollywood Vampires' recorded).

In July 2012 the current drummer Glen Sobel injured his shoulder and Mover stepped in for him for a few weeks until he recovered.

"Reuniting with Alice was wonderful and the tour was one of the most enjoyable ever. What's better than playing 18 holes of golf every morning and "Halo Of Flies" every night, with a legendary golfer and artist all in one?!"