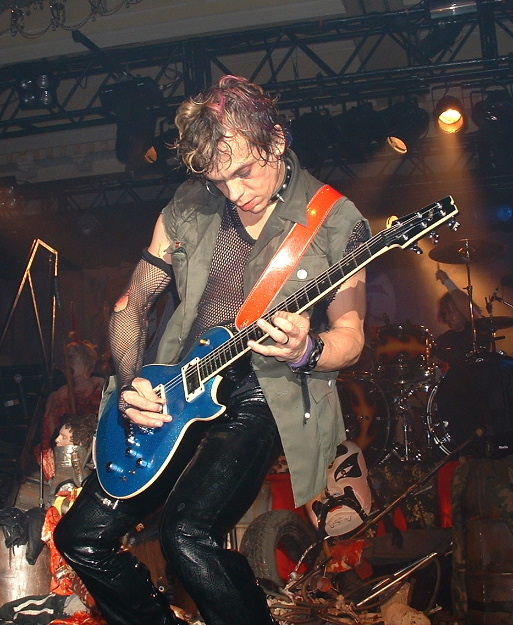 Eric Dover joined Alice for the second leg of the 'Brutal Planet' tour, the 'Dragontown' tours, and the 2003 'Bare Bones' tour and 'The Eyes Of Alice Cooper' before leaving the band during the subsequent US tour.

Before Alice he toured with acclaimed pop/rock act 'Jellyfish' and then recorded and toured as a singer with 'Slash's Snakepit' on their first album. After that he moved on to a group called 'Imperial Drag' who released really great glam/70's rock oriented album.

He playing with Ryan Roxie's cover's band 'GlamNation' while with Alice and Eric also has his own band, 'Sextus' which appears to still be active although they haven't released any new material for many years. Dover also often uses the name 'Sextus' as his own.