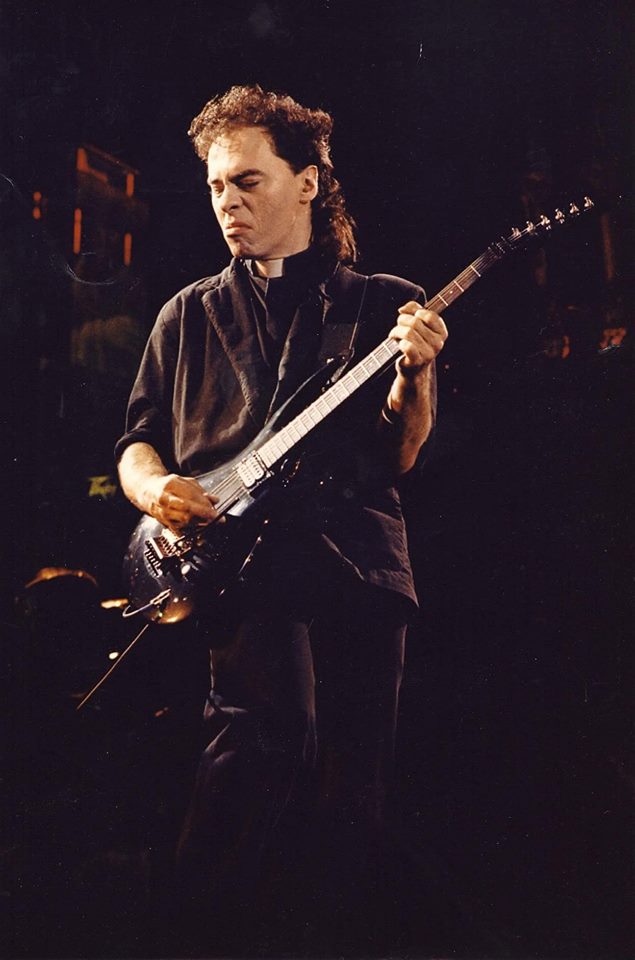 Arti Funaro performed on the 'Nightmare Returns' and 'Raise Your Fist And Yell' tours between 1986 and 1988. On the forst tour he went under the name 'Devlin 7' while on the second he was 'Johnny Dine'.

He was born in Connecticut in 1950 and studied in Berklee College of Music in Boston, MA. Over his career he's worked with a wide variety of artists including Lloyd Perna, Bobby Bland, Otis Spann, Muddy Waters, Chuck Berry, Kat McCord, Happy Traum, Garland Jeffreys, Janis Ian, The Rhinestones, and Eric Andersen. In 1983 he released a book titled 'Chicago Blues Guitar'.