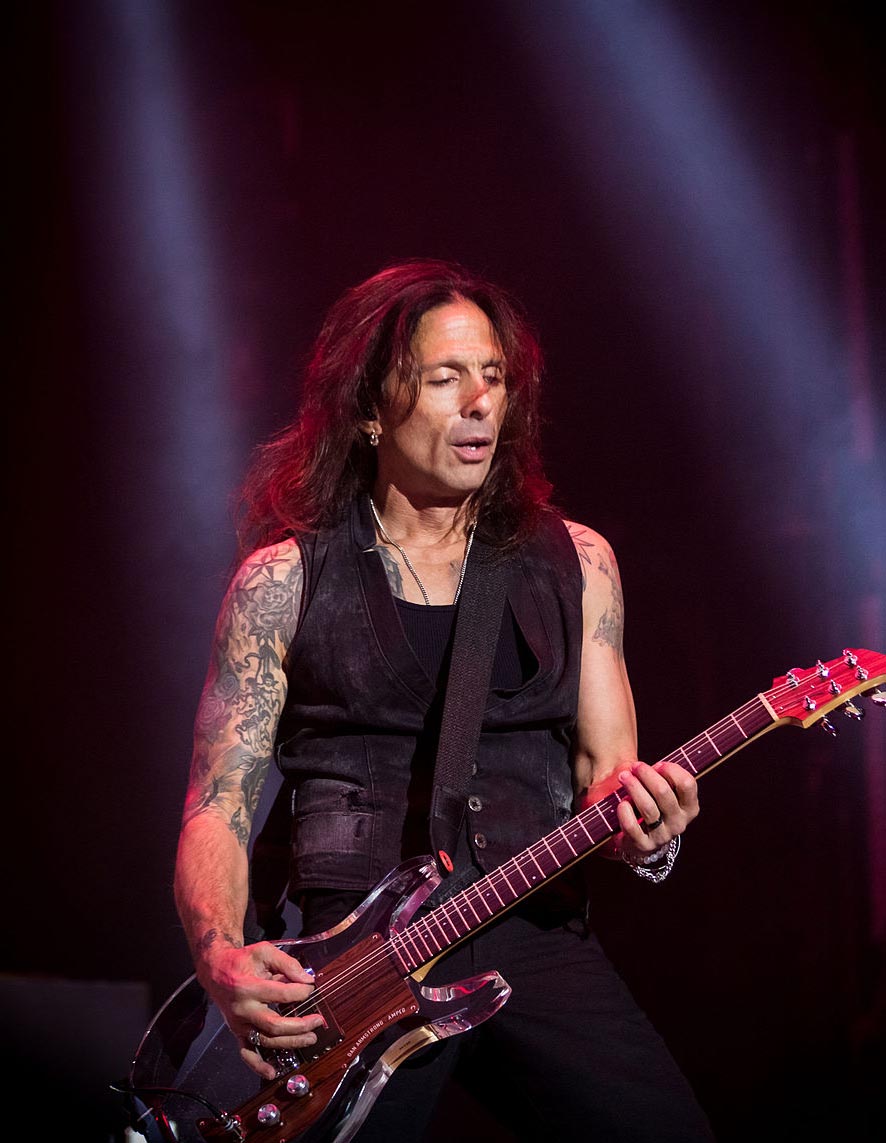 Al was a guitarist on the 'Trash' tour in 1990 and 1991. He is a highly respected guitarist who has also played with Dee Snider in 'Widowmaker', 'Savatage', 'Megadeth' and 'Trans-Siberian Orchestra' amongst many others.

Al Pitrelli's career has taken him on a multitude of musical journeys. He attended the world famous Berklee School of Music in Boston in the early 80's where he studied with the likes of Living Color's drummer, Will Calhoun and Dream Theater's keyboardist, Derek Sherinian. After dropping out of Berklee, his first major label gig was performing with Michael Bolton helping him support his single 'Fool's Game'. As Al says, "This was when Michael Bolton was still trying to be Sammy Hagar and not Engelbert Humperdinck".

The next major exposure for Al was teaming up with bassist Randy Coven. Pitrelli, Coven, and O'Reilly formed a group in the early 90's to release Coven's second solo effort called 'Sammy Says Ouch' and then a group album entitled 'C.P.R.' in 1992. This trio added the additional ingredient of heavy metal to the recipe of fusion that was incubated by landmark groups such as 'Return to Forever' and the 'Dixie Dregs'.

Al's talents were recognized by industry giants such as Alice Cooper and he even landed in the line-up of Asia, whose roster reflects a who's-who of talent from the world of progressive rock. His reputation as a professional and his diverse talents landed him several studio and touring gigs supporting numerous acts. Through the last several years, Pitrelli has been recruited by many as a hired gun to give new solo projects zest and clout. He has worked with ex-Deep Purple vocalist Joe Lynn Turner for three of his solo albums and helped Twisted Sister's Dee Snider create the group 'Widowmaker' to release two albums. His effort with Ratt's Stephen Pearcy led them to create the group and album 'Vertex', which culminated a heavy-metal/industrial-techno release.

In 1997, Pitrelli released another project with a group called 'Flesh'n'Blood'. The album is more blues-based and has been described as the 'Black Crowes' meet 'Led Zeppelin'.

In the mid-90's, he joined the progressive metal band 'Savatage'. In Savatage, Pitrelli started working with producer Paul O'Neill. Paul O'Neill's vision of making true Rock Operas took the members of 'Savatage' to new levels and to the eventual formation of the 'Trans-Siberian Orchestra'. Pitrelli's contribution to 'TSO' adds his edgy playing and classical stylings to traditional Christmas music that takes those compositions to a new level of passion and intensity.

Pitrelli spent a majority of the years 2000 and 2001 recording and touring with 'Megadeth' on their 'The World Needs a Hero' effort (2001). After 'Megadeth' temporarily disbanded, due to an injury suffered by the group's founder Dave Mustaine, Pitrelli rejoined 'Savatage' to record and tour again, as well as playing with spin-off project 'Trans-Siberian Orchestra' again.